Spoilers below. If you haven’t seen the films yet, I recommend them greatly. Links are provided for further reading.

-Beautiful scenes and set (later used for The Ten Commandments) 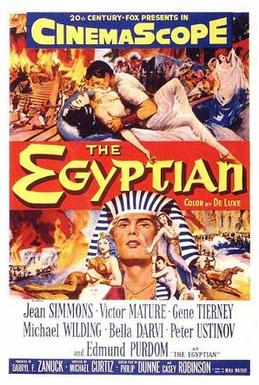 -Egypt is depicted with splendor, but there is social decay

-Horemheb should have been replaced with the historical Ay, and perhaps giving a presence to the Amun priesthood would have also added complexity.

-Akhenaten is depicted as a wise saint as well as a tragic hero, but this was hardly the case in reality. His unprecedented invention of monotheism resulted from a bitter struggle with the priesthood of Amun for the domination of Egypt.

-The artistic and thematic allusions that compare Christianity to Atenism are rather weak in a historical respect, but significant in what the film wishes to achieve for a popular audience. In particular, I mean the “whore of Babylon”, the Moses story, the ankh/cross, and Akhenaten’s selfless humility.

-General Horemheb massacring Akhenaten’s “fanatics” turns the story into somewhat of a melodrama, but I can understand its purpose for the plot without justifying its huge inaccuracy. It is also entirely misleading and unlikely for the historical Horemheb to have done so, because Akhenaten’s “reforms” were neither popular with the masses nor did the common people worship Aten directly—rather, they worshipped the Pharaoh and Akhenaten served as sole mediator and priest with Aten. If there was any real violence associated with this historical event, it was probably committed by Akhenaten in order to force the Egyptians (the priesthood especially) to adopt his heretical innovations.

-Sinhue’s conversion and transcendence at the end of the film, after hearing Akhenaten’s last words, is obviously something that would annoy a polytheist. This increases with the intended foreshadowing of corruption and inevitable decline in Egypt when Horemheb becomes Pharaoh (because he doesn’t care for ideas or morality), which contrasts to the foreshadowed moral & philosophical ascendance of monotheism to reform the world. In reality, Egypt was to decline seriously (and never recover) about two hundred years after Akhenaten, because of the raids of the mysterious Sea Peoples, who actually succeeded in destroying the Mycenaean and Hittite civilizations. As for the purported improvement of monotheism upon polytheism, the present state of the world says enough to prove otherwise…

-A very magnificent and monumental set and scenes

-Thematic simplicity, but with great depth 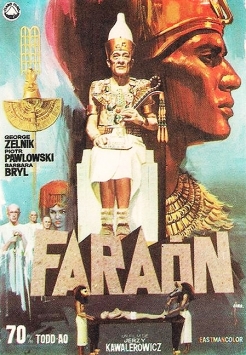 -As before, Egypt is depicted with splendor, but there is decay

-Although Ramesses XIII is a fictional pharaoh, the film is set at the onset Third Intermediate Period, which was a time of great decline for Egypt, from which it was never to recover. One thing to admire is that this film, unlike the other, doesn’t seek to add inaccurate ideas or choose sides to prove its point. The theme that was unfortunately missing in The Egyptian, i.e. the struggle between the Amun priests and pharaoh for power, is present here to the full.

-As with the other film, we have a contrast between the virtuous, humble woman and the deceitful, tempting one. This film gives us the familiar Hebrew and Phoenician contrast, which is rather worn out and stereotypical, but at least it is wrapped up in political intrigue. It was good (and somewhat surprising) to see that the other film didn’t further degrade its complexity with such unnecessary Biblical allusion.

-I am not sure what to make of the failure of the Pharaoh to defeat the priesthood. On the one hand, I am glad of it as a polytheist, but on the other, I know that the Amun priesthood was corrupt and touchy, much like the Catholic bishops and monks before Protestantism. However, I am baffled by what the film was intended to achieve according to its writer and producers, who were operating under Communism. Why does the Amun priest’s prayer cause a successful sandstorm against the mob that is depicted as divine? I can understand the Pharaoh’s youthful mistakes and tragical end, but his case becomes weak when he stands alone against the priesthood, except for a few bitter or ambitious associates.

-As a continuation of the above, it’s interesting to note that the priest of Amun is murdered by the Pharaoh’s men and the Pharaoh is murdered shortly after. It’s as if there is revenge and retribution for violating the sacred, especially since the priest was murdered just outside a temple.

-I couldn’t tell if the Greek youth, who looked like the Pharaoh and murdered him, acted symbolically in his capacity. Does it perhaps confirm our idea that the Pharaoh, in effect, destroyed himself? We know that the Pharaoh operated in a difficult environment and a period of decline, but his failure to understand his limitations and act patiently with good counsel led to his end. 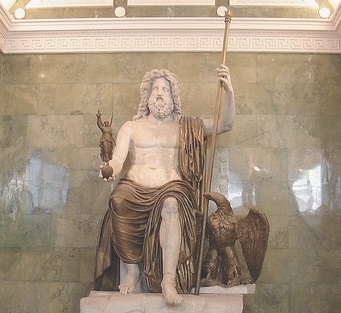