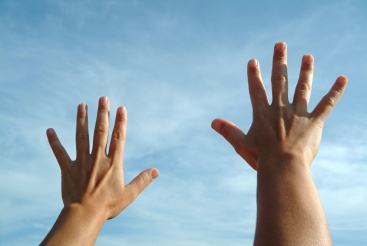 Since I have named my site traditional polytheist, it remains for me to explain the choice of that particular adjective. The word tradition is derived from the Latin traditio, which signifies the action of handing over something to someone. In English, the meaning has shifted originally from something acquired from those before (as oral tradition), to custom itself. But in these modern times, the word custom has acquired a rather unfavorable connotation among many in civilized society, being especially considered as a remnant of Christian hegemony and how it imposed its ways upon the rest of the world by force. Although it is true that perhaps most customs in Europe and elsewhere today derive from Abrahamic religions, a studious eye will find that there are a great many others, practised originally by polytheists, which have escaped persecution and prohibition throughout the years.

It is necessary to make distinctions within this notion of custom to comprehend the nature of traditionalism better and pass a judgment upon it fairly. Any thinking person will agree that custom and tradition in themselves are not bad or corrupt notions, because they represents a very natural thing common to both man and animal, i.e. transferring experience or conduct from one generation to another. Even animals understand that individual experience, without a strong foundation of older experience to support it, often brings about huge dangers and failings that could lead to death. In a human case, custom and tradition are experiences and institutions that are worthy of attention and adherence, because they not only teach us lessons that prevent faults, but also elevate our condition with culture, something which animals lack the mind or means to acquire. By removing custom, we remove culture, and hence, an essential part of ourselves.

However, when we think of ourselves in this regard, the matter becomes somewhat complicated: Man differs from animal in his ability to learn quickly and advance, and his natural curiosity is therefore always attracted to what seems greater or bolder than usual or what is new. We are often confusing change with improvement, and confusing what is new with what is beneficial. The younger generations are especially prone to this fault, which they commit by lessening the advice and practices of the elder generations. But although such behavior has always been present throughout the ages, it is increased to a dangerous degree in the present times. It has become very common, and even encouraged nowadays, not only to lessen the advice of elders, but also to disrespect them openly. The hegemony and power of the Western world and America have imposed a new way of thinking on the rest of the world that is hurtful and subversive of both native customs and human relations, i.e. that all ethnic customs, old institutions and old generations are inherently suspicious and bad, and should be challenged, changed or discontinued.

It is difficult to believe how far this new way of thinking, i.e. modernism, has spread; it has left no part of the world without more or less influence. But who is to blame, how has it triumphed, and why should we avoid it are the great questions. The first answer would be the Western world and America: not the people themselves or the white race (as some are prone to believe), but the way of thinking, or the new culture, prevalent there at this time. For several centuries, the Western world has been promoting the advancement of the human condition continually, but although there have been benefits from such an ambition, the harm and dangers, in many cases, have exceeded them. The world is still troubled with wars, famines, natural disasters, crimes, etc. and these seem to be increasing with populations. Modernism (to answer the next question) has spread because of its huge promises, which have tricked the world and man. To put it in short words, this is what modernism said to the world: “If your get rid of your native cultures, and don’t listen to your elders (because they control and divide you), the world will advance together as one equal and united force, and mankind will triumph and enjoy itself forever”. Thus, in other words, modernism has promised man to rise in every new way, but it has subverted tradition and custom, i.e. experience, as obstacles to such advancement. But now the illusion is exposed, and modernism appears in its true colors: What was once a beautiful promise has now become an ugly ambition at the hands of globalism. The world is commanded by huge corporations that control both nature and people for selfish gains. Whenever peace, advancement or harmony is promoted, the only motive is money and power, and when interests change, then war, backwardness or conflict is promoted in return, for the same motives.

It is evident that to accept modernism is to believe a huge illusion and to obey deceitful masters. For polytheists, who value freedom and distinction in their customs and communities, the illusion should be easier to expose: Modernism is a decayed and degenerate continuation of monotheism, a sort of monotheistic atheism, if you will. Instead of a pope and Catholic churches to rule the world with force (pretending to spread guidance), there is now a president of America and global corporations who do the same work. The outside has changed, but the inside has not: The wolf has only put on a different sheep’s clothing. If such is the case, why should polytheists then reclaim and adopt traditionalism once more?

This question is adequate to conclude the topic, but perhaps its answer is the most complicated. First, since it is no secret that modernism has led many of us former monotheists to seek polytheism, we must no longer be deceived by its destructive nature. Modernism is a way of thinking that is subversive, and does not distinguish between beneficial and harmful: it subverts and changes for the sake of subversion and change. To reclaim and adopt traditionalism for us polytheists is thus a double advantage: It shields us from the dangerous ways of modernism and restores our precious ways, lost throughout time. If we do not follow the customs of our ethnic ancestors, why should we worship their Gods? All ethnic religions within polytheism speak of a common ancestry of Gods and men. If the conclusion is clear, the resolution must be strong.  Modernists will tell you “You should be forward thinking, because to follow your ancestors is backwards and stupid”. This is a childish and absurd view that dismisses thousands of years of experience and practice, and what is more, it is a subversive trick to “convert” people to modernism. If we can’t forget how the Christians deceived our ancestors by saying the same words, how can we allow ourselves to be deceived again? A choice between either polytheism or modernism is inevitable.